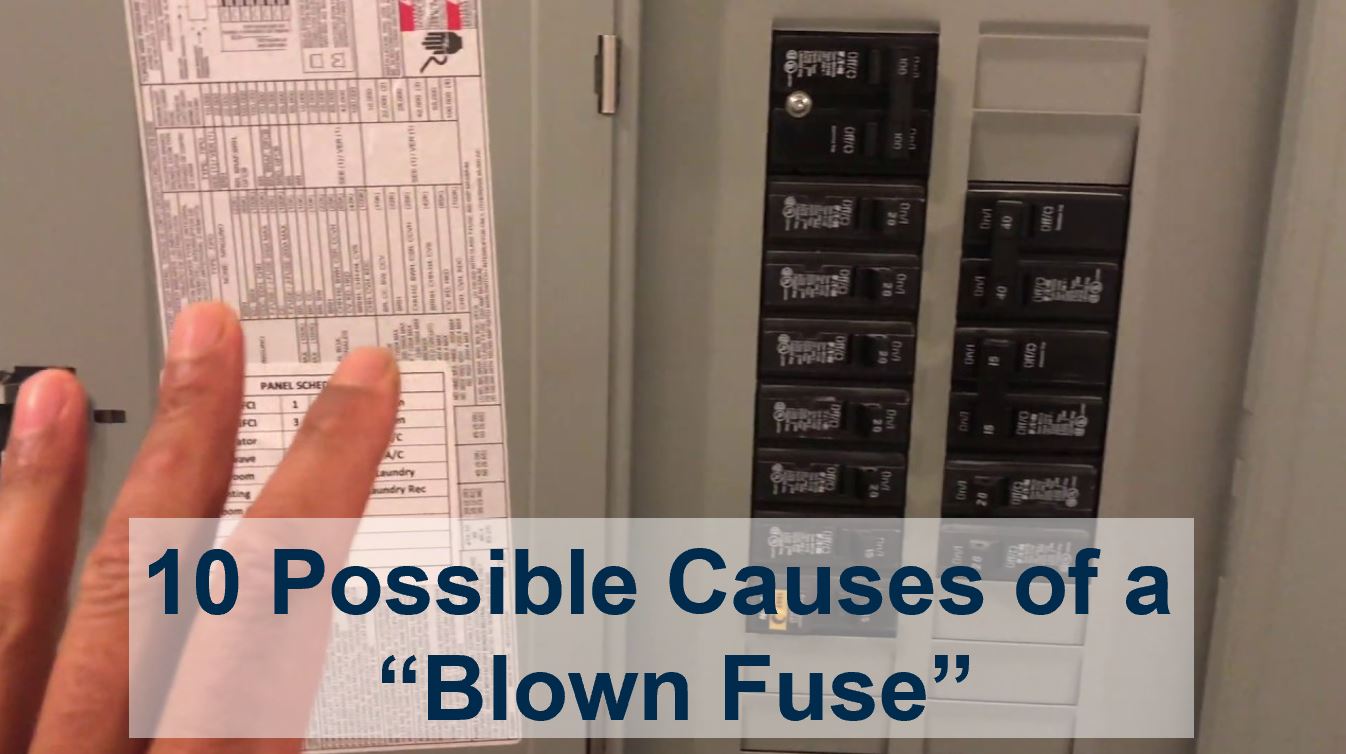 Most people probably have experienced a blown fuse at one time or another. Someone always knows what to do when this happens. If you’re a homeowner, that person probably is you. Blown fuses are a common occurrence.

But how often do you actually think about what might have caused the fuse to blow, much less called an electrician to make sure everything’s OK? If you’re like most people, the answer to that is probably “Never.”

So today we’re going to guide you through your electrical panel or fuse box, as well as many things in your home that are connected to it, and give you what should prove to be very helpful information.

First, A Word About Fuses

Most people nowadays have had the old-fashioned fuse panels (also known as fuse boxes) in their homes replaced by modern electrical panels with circuit breakers–if the fuse boxes were even still there when they purchased their houses.

Yet people commonly use the expression “blown fuse” to describe just about any unexpected electricity-related occurrence, especially one involving a loss of power.

A “blown fuse” can mean many different things–several of which have little to do with actual fuses. This makes it hard to answer the question, “Why do fuses blow?”

You might be wondering, then, how to tell if a fuse is blown–an actual fuse, that is. You will see that the fuse has melted, and there might be charring on the panel.

A true fuse typically consists of a piece of metal, most commonly an encased wire, that actually melts when overheated. This is what stops the fault (aka “short” or “power surge). The destroyed fuse must then be replaced with a new one.

Circuit breakers, on the other hand, have internal switches that are tripped by electrical surges to temporarily disable a given circuit. The breakers reset and can be “switched back on”–so there is no need to replace anything.

Much of the time, it’s technically inaccurate to refer to a “blown fuse,” so in this article, we’ll offer you some new concepts and vocabulary to describe your various electrical concerns.

If you’re wondering what actually went wrong when your “fuse blew,” take a look at the following list. And call your electrician if necessary or you’re in doubt.

Cause 1: An Overloaded Circuit

You should be able to spot the culprit in this case by looking for an outlet or maybe an individual appliance that’s being used to heavily. Picture a power strip with a plugin every outlet it has, especially if what’s plugged in are high-energy-users.

The Fix: Cut back on all that power that’s tapping a single circuit. Find outlets on other circuits to plug into or (better yet) unplug what you aren’t using.

Cause 2: A Short Circuit

A short circuit is a type of electrical fault. Faults, in general, occur when an electrical current strays beyond its intended path (circuit) due to a lack of resistance (e.g., from insulation or a circuit breaker).

The result is a weak connection between the two conductors supplying electrical power to the circuit. This causes excessive current flow in the power source by way of the “short” or “fault.”

Overloaded wires will overflow and cause damage. A short circuit might even cause the electrical device responsible for it to be destroyed. Short circuits are typically stopped by circuit breakers, though, hence their name.

The Fix: Make sure the faulty device is unplugged and there is no damage to the outlet. First, test the circuit. Then check for any damage on or around the electrical panel.

Cause 3: A Ground Fault

A ground fault is a specific type of short circuit in which the unintentional pathway of the straying electrical current flows directly to the earth (ground) or touches a grounded part of the system (such as a grounding wire or the electric box).

The danger of shock increases when a person is in direct contact with the weak path to the ground. That’s why kitchens and bathrooms usually are equipped with GFCI (ground fault circuit interrupter) outlets.

The Fix: This is essentially the same as the fix for a short circuit. Be sure and test all affected system components and electrical devices. Call an electrician if something is still amiss.

Cause 4: An Arc Fault

Arc faults result from problems with wiring and terminal connections–for example, a loose terminal screw. Arc fault circuit interrupters (AFCIs), if your home has them and they’re up-to-date, will trip a circuit if a spark forms along faulty wiring.

The Fix: This is basically the same as the above two. If your home has AFCIs, the fault should have tripped the circuit. If it does not have AFCIs, then check for damage and call an electrician if necessary.

Cause 5: A Problem with the Circuit or the Breaker

Was the breaker tripped? In other words, is one of the switches on the panel flipped? If so, the circuit breakers are doing what they were meant to do: cutting off the flow of electricity because of some type of surge (fault) or other problem.

The Fix: Before resetting the breaker, check for any indications of damage.

If the breaker trips again, there could be a problem. Monitor it and if it keeps tripping, call an electrician to check.

Cause 6: The Wrong Type of Fuse Was Installed

Fuses come in many shapes, sizes, and configurations. Many look similar but actually have very different functions. If you or someone else installed the wrong fuse in a fuse panel and there has been no personal harm or property damage …

You are very lucky. Whatever happened to blow the fuse could have done considerable harm. You need to call an electrician right away to ensure no further damage occurs. In the meantime, do not go near the fuse box.

The Fix:
Your electrician will say one thing: get rid of the fuse panel! And this is exactly what you should do. Fuse panels haven’t been installed in homes for several decades; their technology lacks most of the safety features of modern circuit breakers.

Cause 7: Damaged or Outdated Electrical Outlets

Any faulty wiring or connected parts risk a power fault (surge), which trips a circuit (or blows a fuse). So, again, the problem is not that the circuit breaker (or fuse) didn’t do its job but rather that there was faulty equipment.

The Fix: Have the faulty outlet repaired, and then have an electrical inspection done on your entire home to identify any other faulty or damaged outlets or other potential problems.

Knowing that one outlet had problems, an inspection should ease your mind. Any recommended repairs resulting from the inspection will ease it even more.

We can say essentially the same thing here, with the very important caveat that damaged wiring can go unnoticed far longer and much more easily than damaged outlets can since the wiring is mostly hidden inside the walls of your house.

Because of this, instead of a “fix” for this item, we offer a list from the National Electrical Contractors Association (NECA) of ways to detect possible problems with internal wiring in your house:

We recommend you use the link above to read NECA’s full list, which includes detailed explanations of these items.

Cause 9: Your House Still Has a Fuse Box and 100-Amp Service

You must have been running very few electrical devices up to this point. We’ll assume that you added a device or two, or else overtaxed one you were already using (e.g., by turning the oven up to “broil”). Consider this a wake-up call.

The Fix: We hate to tell you, but the fix in this situation is to call your electrician and have a discussion about upgrading the service and replacing that very old fuse panel.

Cause 10: Your Electrical Service Needs to be Updated

Those “blown fuses” probably will get to be an increasingly frequent occurrence and you will need to keep resetting your circuit breakers. In the 21st century, our demand for electricity is just much greater than it was in the 20th century.

Unless you want to put yourself and your family on a very strict electricity “diet,” it’s time for what electricians call a “heavy up,” which refers to the 200-amp system upgrade that will allow you to safely plug in and heat up your electrical devices.

You probably won’t know the upgrade is needed until you’ve had it checked out, but what a great opportunity to hang out with your electrician for a day or so! 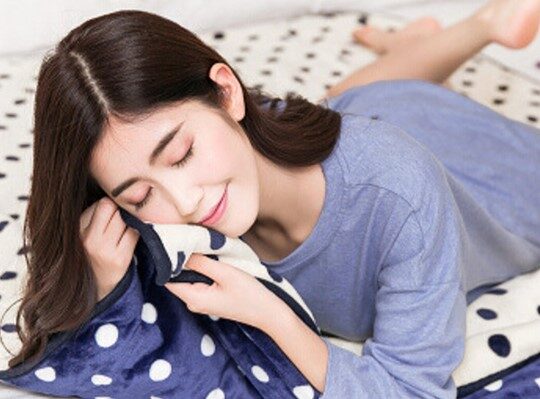 Checking Your Heaters and Electric Blankets Before Winter 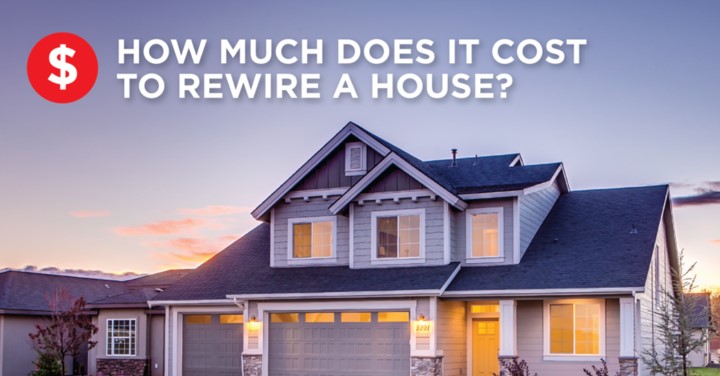 How Much Does It Cost to Rewire a House? 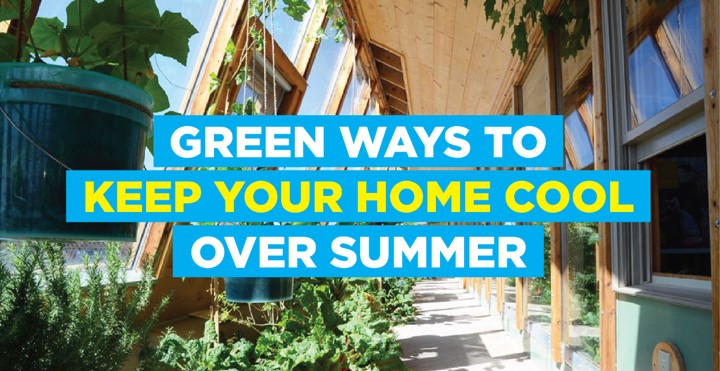 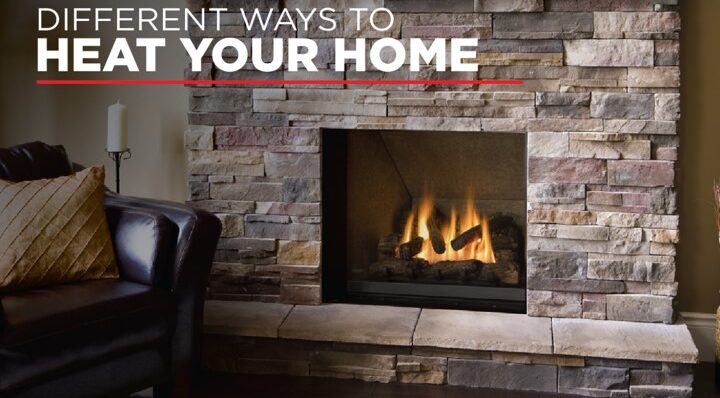 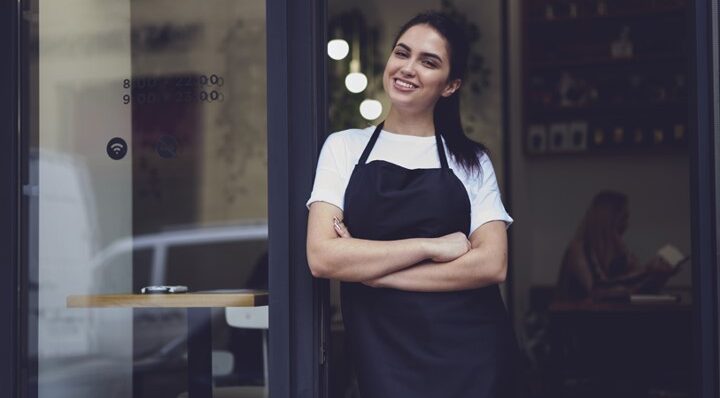 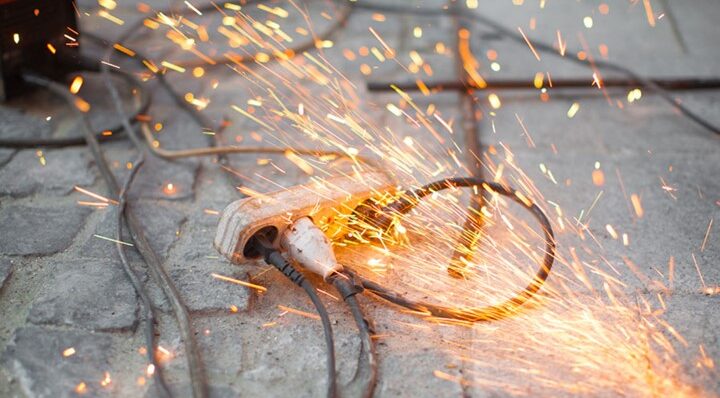 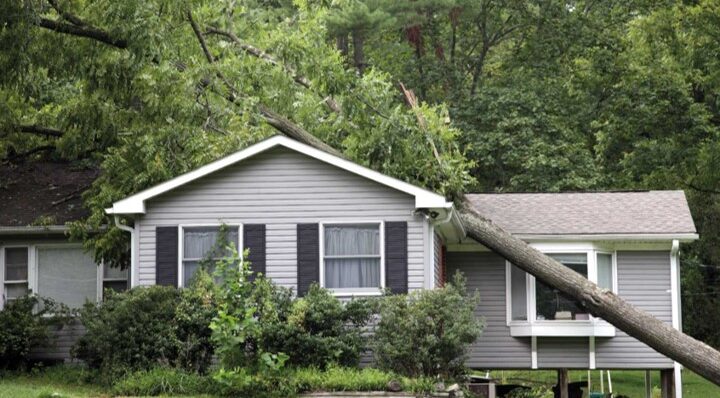 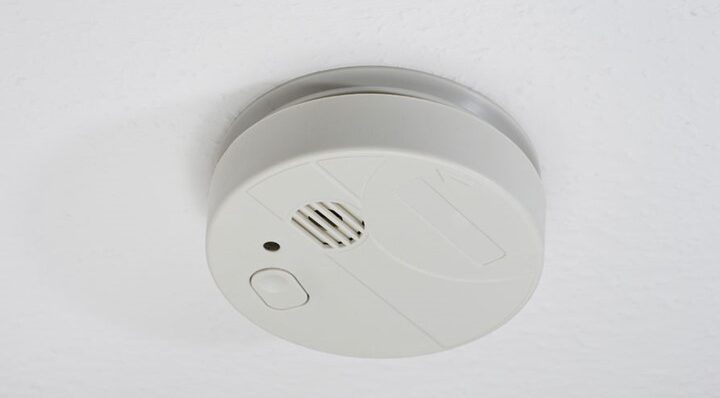 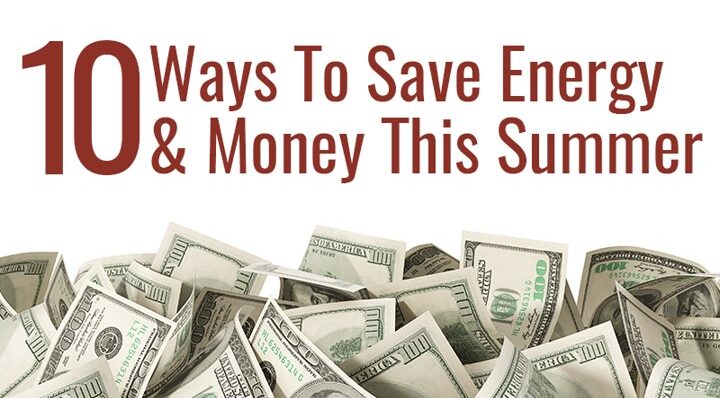